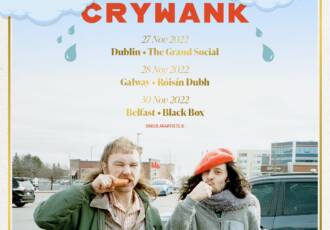 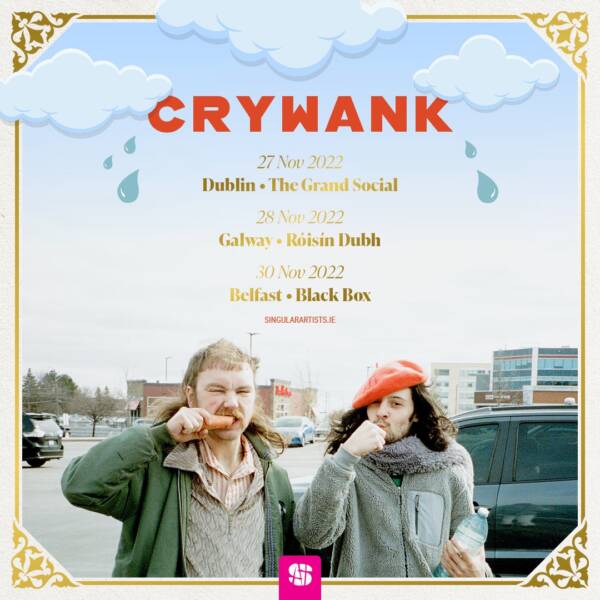 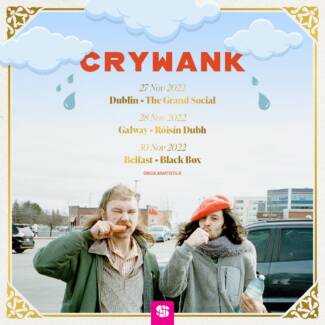 “An album literally no-one else could’ve made or even attempted to replicate. Intriguing, baffling, challenging and, ultimately, endearing.”–  PunkTastic

“…one of anti-folk’s most underappreciated artists.” Sputnik Music

Starting in Manchester in 2009 by Jay Clayton as a solo project despite having no previous experience playing guitar, Crywank started the night Clayton learnt their first two chords and wrote the songs (Welcome to Castle Irwell and Thomas Saunders Gang Chant).

Lyrically focusing on the end of their first relationship and musically heavily influenced by American folk punk and anti-folk, their first album ‘James is Going To Die Soon’ became a cult favourite on the internet, both for its charm and many flaws.

Crywank have since self-released eight records and have amassed a dedicated following online. Despite being self-managed, unsigned and their name getting in the way of radio play or press coverage, Crywank have had over 100 million streams and have toured internationally. Crywank announced they would be breaking up in July 2020 following a world tour, but this was cut short after five continents due to the Covid-19 pandemic. After two years of hiatus and an impromptu solo album following a house fire, Crywank are back to finish their tour performing around North America And Europe.

Crywank on the web: