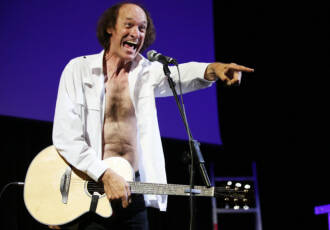 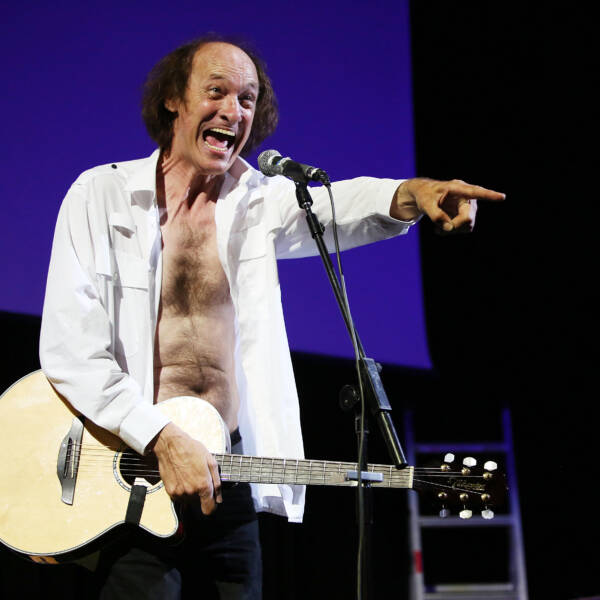 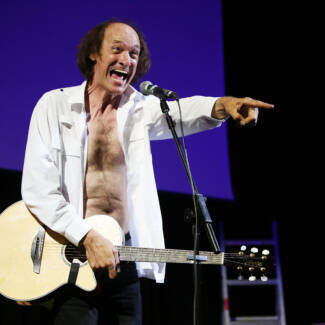 We are delighted to present this legendary performer and maverick of the UKs music scene, coming back to Belfast for this long awaited solo show.

A genuine legend, Otway, recently celebrated his 5,000th gig, received an Oxford University Doctorate, played the London Palladium and Albert Hall, had two top ten hits, and his critically acclaimed movie played Cannes. In short, he is a comic and music legend.

John first achieved notoriety with his eye-watering performance on the Old Grey Whistle Test and subsequent hit single ‘Really Free’ in 1977. A heady mix of blind ambition and rank incompetence was to keep this microstar shining for almost two decades despite Otway’s ability to turn any situation to his own disadvantage. His autobiography Rock and Roll’s Greatest Failure out sold, by a factor of ten, all the records he had released since his hit, and now Otway is struggling to live up to this billing – charting at number 9 with his 2002 single ‘Bunsen Burner’.

Despite this success, a planned world tour collapsed, but Otway has continued to gig extensively either with his band, as a duo with Wild Willy Barrett or solo. A follow-up autobiography was penned in 2010 and titled: I Did It Otway: Regrets I’ve Had a Few.

John Otway has been awarded an honorary PhD in Music by Oxford Brookes University in recognition of his international musical and cultural contribution over five decades.